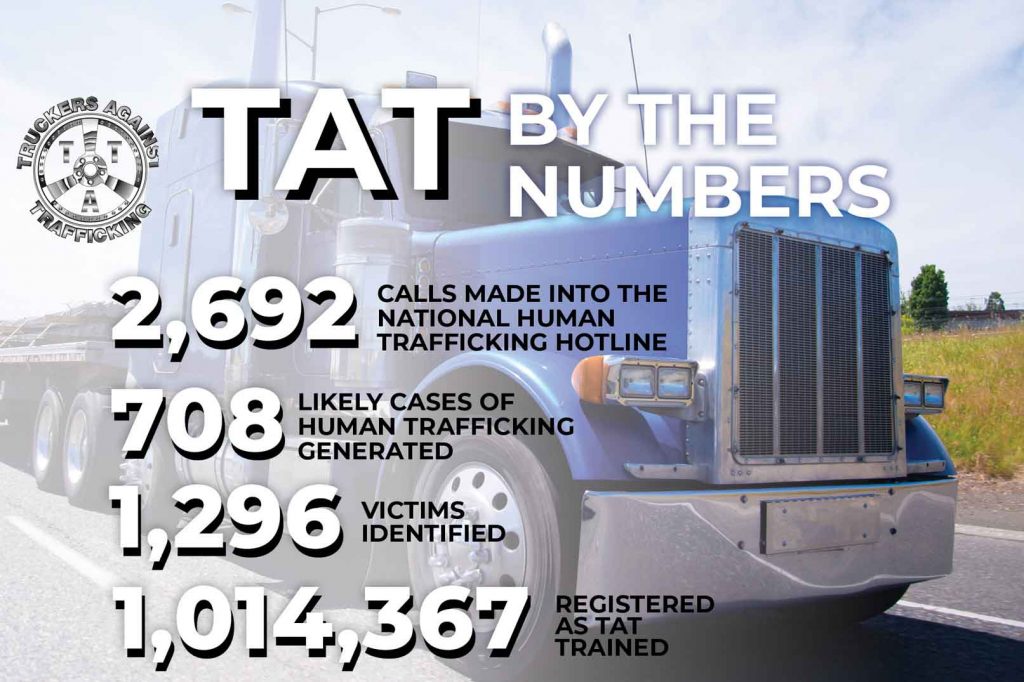 This story appears in the
Kentucky Trucker Pub. 1 2020 Issue 4

On any given day, there are tens of thousands of people being trafficked into and within the United States. A large percentage of these victims are minors, often young females, who are brutally forced to perform commercial acts of sex or labor against their will.

January is National Human Trafficking Awareness Month. At its core, this month is about raising awareness for a crime that far too often goes undetected.

The trucking industry has stepped up. Professional truck drivers are the eyes and ears of America’s roadways, playing a vital role in ending modern-day slavery. Over the past decade, America’s trucking industry has placed itself on the frontlines of this important fight and has made meaningful contributions in the comprehensive effort to identify the victims and perpetrators of this heinous act.

Due in large part to its partnership with this important organization, our industry has served as an effective and powerful ally and as an asset to law enforcement who seek to identify and prosecute these crimes. To date, at least 708 likely human trafficking cases have been generated by truck drivers who witnessed suspicious activity and reported it. Truck drivers have identified 1,296 human trafficking victims and made nearly 2,700 calls to the national hotline after noticing questionable activity while out in the field.

Because of the oppressive nature of human trafficking, perpetrators often commit their crimes during broad daylight, out in the open, and undetected by the general public. It is necessary that our communities are able to recognize the subtle signs of the crime and know how to report it. America is fortunate that truck drivers, the professionals who spend the most time on the road, are so committed to this cause, helping law enforcement catch these criminals and saving the lives of innocent people.

The victim you save could be somebody’s daughter, niece or nephew, or a next-door neighbor.

While January is Human Trafficking Awareness Month, the American public must remain vigilant and committed year-round to battling the human trafficking crisis that plagues our communities and destroys lives. Despite the trucking industry making outstanding strides this last decade, there is a limit to how far individual drivers can carry this progress on their own. We need all Americans to join the fight.

Warning signs that all people should be aware of include an individual not having knowledge of their whereabouts or control of their identifications; restricted and controlled communications or not being allowed to speak for himself or herself; CB radio chatter about “commercial company” or flashing lights that signal a buyer location; signs of branding or tattooing of a trafficker’s name (often found on the victim’s neck); a van or RV that seems out of place or a vehicle dropping someone off and picking them up after 15 or 20 minutes.

All individuals who believe they have witnessed or are aware of human trafficking should call the National Human Trafficking hotline at 1-888-373-7888.

We urge you to join the trucking industry in the fight against human trafficking. The victim you save could be somebody’s daughter, niece or nephew, or a next-door neighbor. 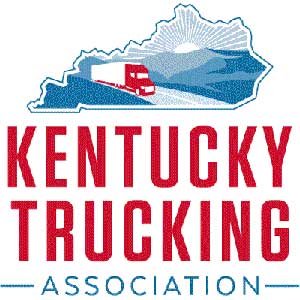 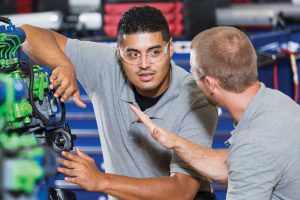 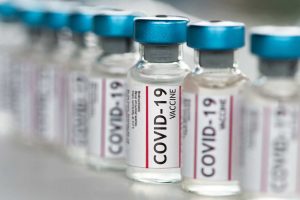 At Last, A Vaccine! What Does It Mean For Employers? 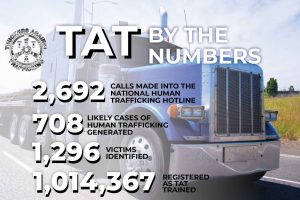